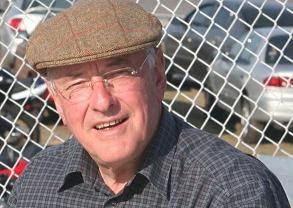 Prof. Gordon P. Blair is the author of the most challenging books regarding two strokes engines. He is the man behind the modern two stroke engine and the pioneer of software programs on engine development.
His books and SAE papers regarding flow & gas dynamics are outstanding though a little bit complicated for my messy maths. His work is very inspiring and toward developing new ideas rather than just giving answers on several topics.
Prof. Gordon P. Blair died on October 21st 2010 after battling cancer for several years though his inspiring work should stay apropos for many years to come. 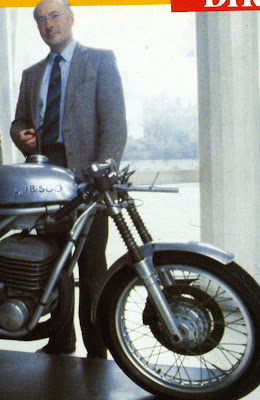 Biography (taken from this link):

Gordon Purves Blair was born in Larne Co Antrim in 1937 and educated at Larne Grammar School. He then went to Queen's University in Belfast to study Mechanical Engineering, where he obtained a BSc degree in 1959, a PhD in 1962 and a DSc in 1978 - this latter award is a "higher doctorate" awarded in recognition of a substantial and sustained contribution to scientific knowledge.
In 1962, having finished his PhD, Gordon Blair moved to the US where he then spent two years as Assistant Professor of Mechanical Engineering at New Mexico State University. In 1964 he returned to Queen's University where he worked and remained until he retired early in 1996.
During his career at Queen's University Gordon rose right through the ranks to become a Professor of Mechanical Engineering, Head of Department, Dean of Engineering, and finally Pro-Vice-Chancellor of the University. His published research work includes over 100 technical papers, three research text books and he was the editor of three research compilations. He also had nine patents granted.

During this time in academia he also achieved many professional engineering distinctions including: 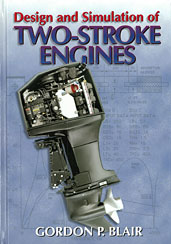 Gordon Blair always had a love of motorcycles and in 1964 embarked on a journey that would not only enhance his research credentials and reputation around the world, but also that of Mechanical Engineering at Queen's University in Belfast. That was the year he began contesting the Irish road racing scene with machines designed and built in the Mechanical Engineering Department at Queen's University in Belfast. 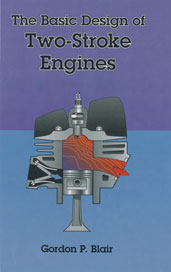 By the end of the nineteen sixties Gordon Blair's research work on engines had produced validated computer simulation programs which were helping design more powerful engines and providing theoretical and design insights that were giving the Queen's University team advantages over even the biggest factory motorcycle teams. In 1969 these research and design efforts began bearing fruit when Queen's rider Brian Steenson finishing second to the great Giacomo Agostini in the 1969 Ulster GP at Dundrod on a QUB 4-stroke bike.

However, Gordon knew that the future of GP racing was 2-stroke engines and his 2-stroke engine designs went on to power Queen's rider Ray McCullough to many victories over the ensuing years, including seven Ulster Grand Prix victories to equal the greats such as Giacomo Agostini, Mike Hailwood and Stanley Woods.
1971 was a very important year for Gordon and the Queen's team because that year they beat the works Yamaha team in the Ulster GP using a Yamaha engine which had been privately developed in the workshop and test cells at Queen's University - Gordon Blair and the Mechanical Engineering Department at Queen's were now on the radar of Yamaha in Japan who soon forged a technical agreement with him so that Gordon and his Queen's colleagues would assist with the Research & Design of the company's racing engines. This relationship was to continue successfully for many years. 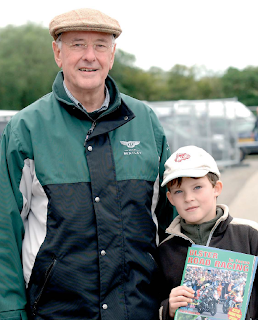 In 1984 Professor Blair became Dean of Engineering at Queen's and so handed over the racing mantle to his colleagues who continued flying the banner right up to the early 2000s with continued racing successes.

There is also a long list of other visionary engine design and development projects resulting from Professor Blair's tenure at Queen's University which are far too many to mention here.
Professor Blair retired from Queen's University in 1996 as Professor Emeritus. Since that time to this he forged ahead with his interests in engine design and simulation. Initially he worked with the US company Optimum Power Technology to commercialise the engine design software he had developed, based on the 30 years of research carried out by himself and colleagues at Queen's. However, he also decided to start a brand new chapter of work and educate himself in an area of engine design that he previously had little experience, and that was 4-stroke engine valvetrains.
And this is where we came in. For approximately the last 14 years we have been primarily engaged in developing computer software to design engine valvetrains. At Professor Blair and Associates Gordon was Senior Associate, and to date, he has succeeded in influencing the design offices of over 70 companies all around the world who use our software - he has also visited each one in turn to properly train and guide them in its use!

Many of these companies are currently involved in motorsport activities and regularly winning races, so, as our colleague and friend Hans Hermann so eloquently put it,
"Professor, there is a little bit of you in engines winning races all over the world" - and long may it continue!


More info about Prof. Gordon P. Blair and his associates at profblairandassociates.com.