Small tribute to my Tzr250 engine

November 20, 2011
Well, I'm parting out my 1kt engine on evilbay and I've been comparing some old pics with recent ones. Many memories keep coming through...

This is how about it all started. 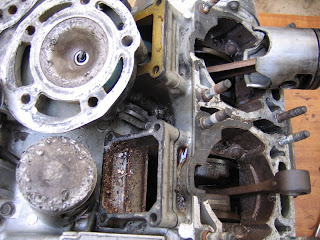 And some of the mods I've done:
Rough marking at the very beginning while trying to flow the crankcases and open up new passages from the reed valves directly to the transfer ports. 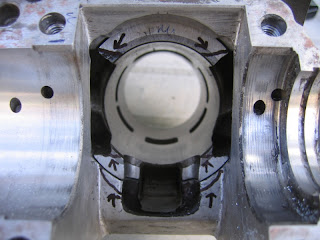 Ported cylinders, from memory the timings were about 198 degrees for exhaust duration and about 130 degrees for the transfer ports. All passages were flowed and port angles were altered. Two auxiliary exhaust ports have been opened up that had a timing of about 202 degrees and the exhaust valves were modified to work in conjunction with the new ports. 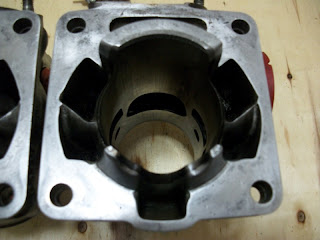 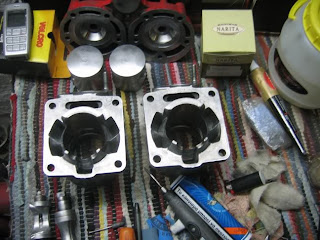 Lightened flywheel that eventually decided to crack after a few years. 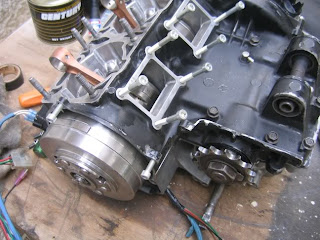 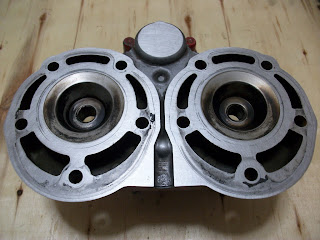 In the mean while, I have tried quite a few carbs on this bike and every pair worked great.
I believe that the worst pair I ever had on this bike, was the stock Mikuni 28mm carbs.
Then fitted a pair of Rgv250 vj21 32mm carbs, very simple and straight forward conversion, way better than stock but still not that great.
Next pair was again from a Rgv250, this time 34mm Mikuni carbs. Very good results but still kept looking for more... and eventually ended up with a pair of Lectron 36mm.
This was one of the biggest improvements I've made to this bike. Excellent results from the very beginning and unbelievable throttle response.
A Lectron carb, due to it's unique design allows for up to 45 degrees positioning to the manifolds that allows for a completely straight inlet to the reed valves.
This way, a common carb would have flooded badly due to the existence of a pilot jet (Lectron carbs use only the needle as a fuel metering device). So, I made a couple billet aluminum manifolds to accommodate the bigger carbs. 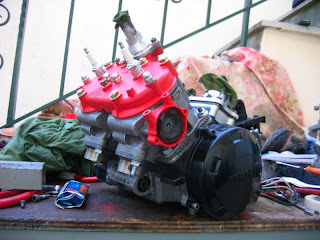 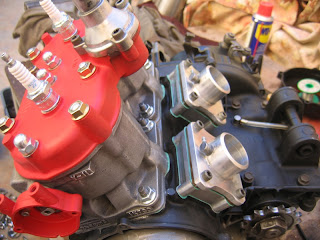 Lectron carbs were modified as well. I've grind the stock power jets and fitted handmade ones that are externally adjustable. 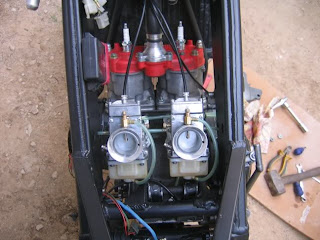 And the last serious modification and also my favorite one, was the fabrication of expansion chambers. 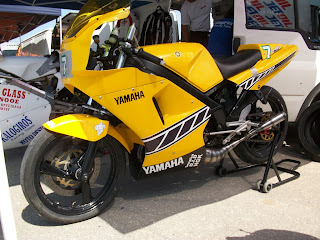 Even though most of the things were surrounded by a low budget theme,  tons of rewarding experience has been gained through this project which would have been impossible otherwise. Lots of mistakes as well, but as mr. Phelps once said "The man who makes no mistakes does not usually make anything".
Have fun, keep the two strokes alive and kicking.