August 15, 2012
I've spent some time with the NF4 project and I believe the engine is now complete though still needs some minor work here and there. 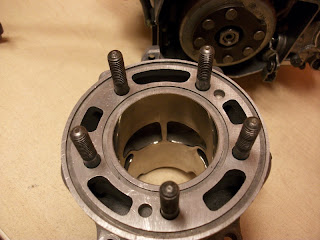 According to the porting theme, the cylinder is a '94 model and has a new nicasil plating from the last owner with the cross hatching markings still visible in there. After some chamfering work it's ready to be installed on the cases. 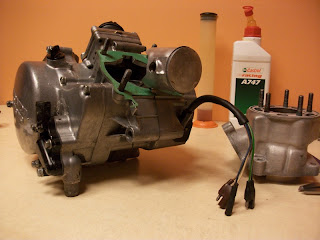 Piston to cylinder clearance is 0.09mm so it's out of spec and ring gap is 0.42mm hence really close to service limit as well but do not exceed it. I will still use it for the first start up as to verify any possible issues with the rest of the bike e.g electronics etc 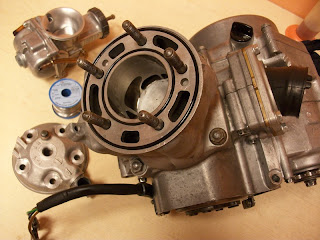 After a few minutes the engine is complete... 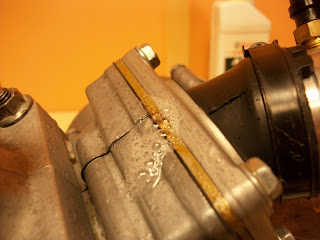 ...thought the leak-down testing showed a major leak on the reed valve assy. 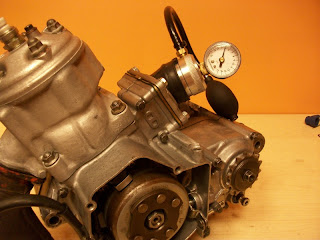 I'm really thankful I didn't had to split the cases and after a couple more tries to seal the reed valve the leak down test got a stable and healthy measurement. 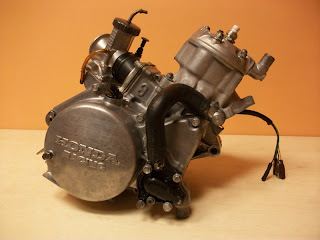 So, it seems like the engine is now complete and ready to be installed on the frame. 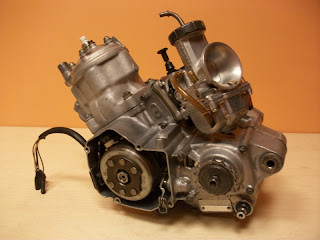 Thanks to Pierre(FR), I have now found the last missing part I needed, the carburetor box. 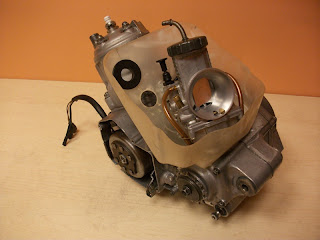