December 10, 2013
The SPJ carb from a later RS125 bike can be fitted on an earlier NF4 bike without much issues. The carb collar is a tight fit though removing the carb from the frame looks to be much easier than the stock PJ due to the shorter body. The throttle cable fitment clears the frame nicely as well. Most probably just the fitment of the carb without a proper electronic conversion from later bikes doesn't worth the hassle and the cost but it can still be used nonetheless. 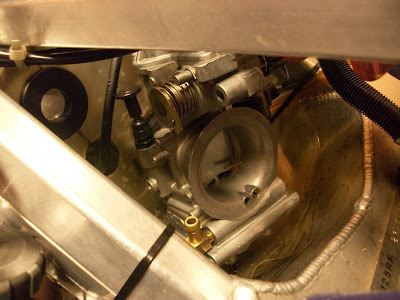